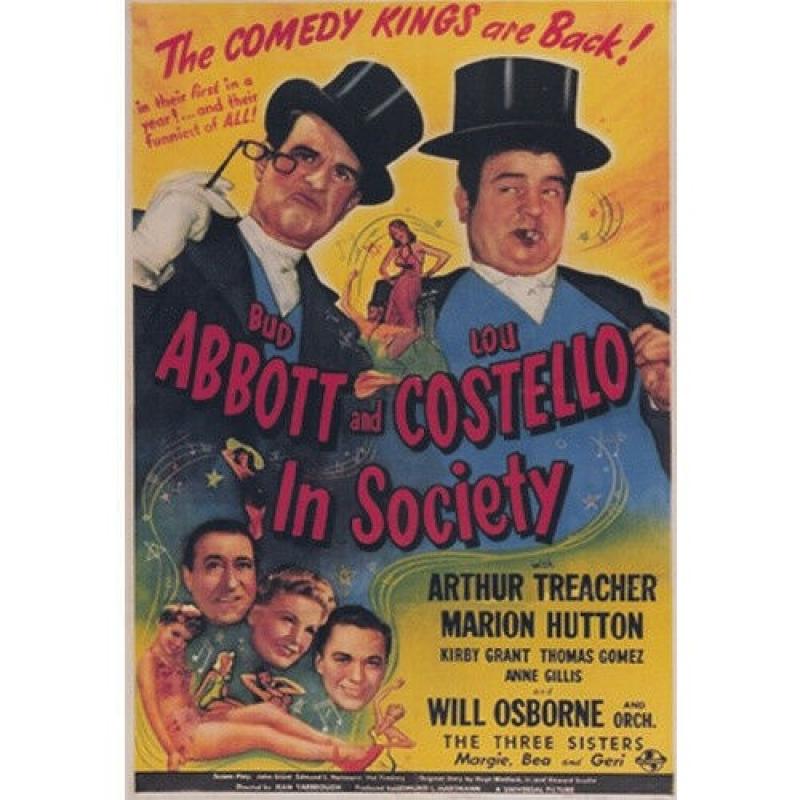 Abbott and Costello In Society = Dvd

Eddie Harrington (Bud Abbott) and Albert Mansfield (Lou Costello) are plumbers who receive a call about a leak in the private bathroom of Mr. Van Cleve (Thurston Hall), a wealthy businessman. The grumpy man, though his costume is ready, does not attend the ball but goes to bed instead. The leak is keeping him awake, but the costume ball that his wife (Nella Walker) is throwing downstairs is not. Eddie and Albert enlist the aid of a friend, Elsie Hammerdingle (Marion Hutton), a taxi driver, to take them to the mansion. While they are upstairs attempting to fix the leak—but flooding the room instead—Peter Evans (Kirby Grant), a guest dressed as a cab driver, mistakes Elsie for another costumed guest, despite her insistence that she really is just a cab driver. He winds up inviting her to another gala event, Mrs. Winthrop's (Margaret Irving) estate Briarwood, where a valuable painting, The Plunger (a heavy gambler), is to be unveiled. Mrs. Van Cleve was intending to Eddie and Albert a letter of complaint for the devastation that they inflicted on her home. However, she is distracted for a moment while doing her mail, and instead sends them her own invitation to the unveiling of the Plunger at Briarwood. They think it is a reward for a job well done and look at it as a chance to meet other wealthy clients. Albert, being a plumber, can only think of a plumbing tool and is amazed at the value of the painting. However, a loan shark named Drexel (Thomas Gomez) to whom they owe money (they borrowed money from him to start their business and are balking at repaying him), demands they steal the painting while they are there. When they refuse to go through with the plan, Drexel and Marlow (Murray Leonard), a crooked chauffeur at the party, attempt to steal the painting themselves. When the painting is discovered to be missing, Gloria Winthrop (Ann Gillis), accuses Elsie, Eddie, and Albert of being the thieves. However, they clear their names when Eddie and Albert, in a fire truck, capture Drexel and Marlow and recover the painting. At the end, some guests claim that Eddie and Albert stole their tuxedos and the two are chased across a field.

Returns Accepted
Yes
Returns Policy
In Addition to Imarkets Returns policy, buyer also agrees to our Refund, Returns and Terms and Conditions policies. You must return items in their original packaging and in the same condition as when you received them. Items sent as free post do not qualify for return postage label back from seller, in the event of a faulty item or any return. We offer 30 day returns as standard policy from date of posting item to buyer. Item must be returned to us within that period regardless of filing a return through Imarkets or third party and proff of delivery is required by the way of tracking and insurance. Any item returned to us damaged by postal service or by the buyer, is bourne by the buyer and the claim will be denied. If you don&amp;#039;t follow our item condition policy for returns, you may not receive a full refund. 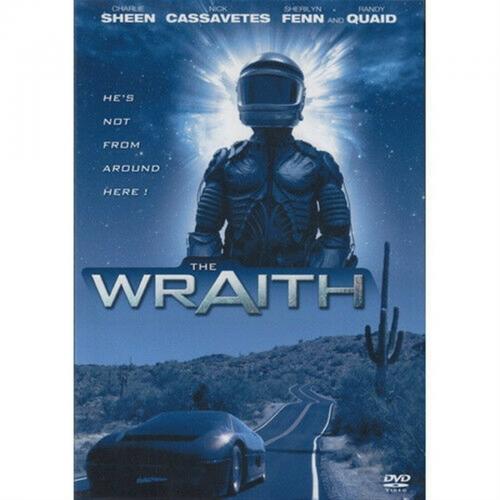 img{max-width:100%}Packard Walsh and his motorized gang control and terrorize an Arizona desert town where they force drivers to drag-race so they can 'win' their vehic... 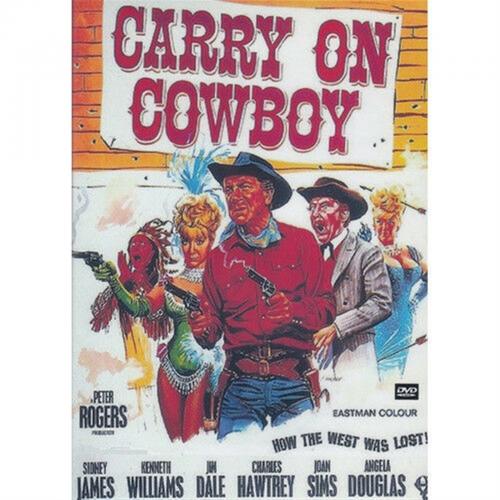 Eleventh entry in the &#039;Carry On&#039; series. Marshall P. Knutt (Jim Dale), a former sanitary engineer, becomes the sheriff of Stodge City in the Wild West a... 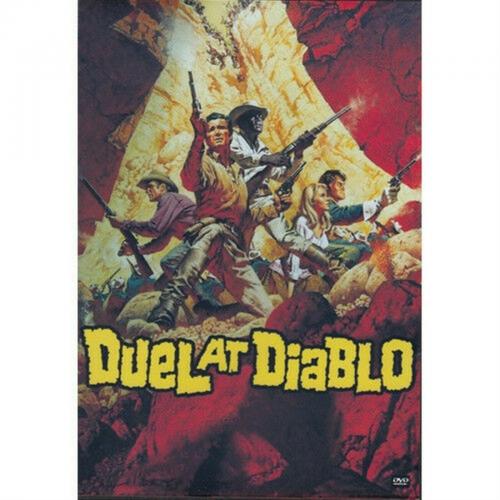 img{max-width:100%}Frontier Scout Jess Remsberg [James Garner] bravely leads a wagon train through hostile territory to Fort Conchos. But underneath his valor, he has a... 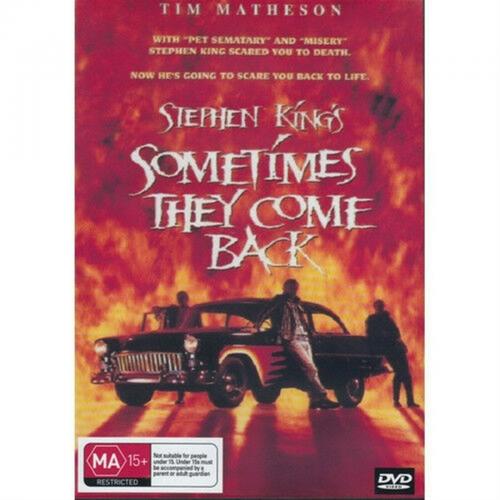 Sometimes They Come Back Stephen King&#039;s (All Region Dvd)

img{max-width:100%}More than 20 years after the brutal murder of his older brother, Jim returns to his home town. All his attempts to finally lay the past to rest appea...